The Origin of Christmas Charity | Godmadeus.com

Pro 22:16 He that oppresseth the poor to increase his riches, and he that giveth to the rich, shall surely come to want.

All widely observed Christmas customs are rooted in paganism, but surely Christmas charity cannot be viewed as a bad thing. The Christian is called to be charitable.

Luk 14:13 But when thou makest a feast, call the poor, the maimed, the lame, the blind:
Luk 14:14 And thou shalt be blessed; for they cannot recompense thee: for thou shalt be recompensed at the resurrection of the just.

The Bible certainly tells us to feed the hungry and give to the poor. Are these acts part of the day-to-day Christian walk or are they to be relegated to a specific season of the year? Are the tips and bonuses given to servers and employees given freely as directed in Luke 14:14 or is something expected in return?

There have been many through the years who claim even Christmas charity is a throwback to the pagan practice of role reversal and wassailing.

"But the limited evidence that does exist suggests a reemergence of Christmas misrule, reminiscent of what was happening in European cities. In its more innocent form this involved a ritual that is still with us today: giving Christmas tips to the paper carrier" (Nissenbaum 40).

Christmas tipping is certainly alive and well in the world today, and the paper carrier is not the only one at the receiving end. There are numerous websites and articles published which include a "Christmas tipping guide" for every service related position from the barista to the trash collector. These tipping guides sometimes come with a warning mentioning the poor service or other consequence of not tipping at Christmas. This suggests some form of recompense is indeed hoped for when the tip or bonus is given. Is this type of giving within the nature of good will described in Luke 14:14?

Many Christmas customs derive from a Roman festival called the Saturnalia. Christmas charity is one of those customs. The poor service mentioned as a consequence of not giving at Christmas is a throwback to the Saturnalian way of doing things. During the Saturnalia, the poor could enter the homes of the wealthy and demand food and drink be served to them. They would also receive gifts and even money in exchange for good will, a blessing, or a song.

"The poor — most often bands of boys and young men — claimed the right to march to the houses of the well-to-do, enter their halls, and receive gifts of food, drink and sometimes money as well. And the rich had to let them in — essentially, to hold 'open house.' The Lord of the Manor let the peasants in and feasted them. In return, the peasants offered something of true value in a paternalistic society — their goodwill. Just when and how this actually happened each year — whether it was a gracious offering or the forced concession to a hostile confrontation — probably depended on the particular individuals involved as well as the local customs" (Nissenbaum 9).

This does not mean we should stop giving, but we may want to reconsider why we give, who we are giving to, and when we give.

This practice was sometimes called wassailing. The demands associated with wassailing were backed by a very real threat even as late as colonial America. Today's charity is of course more voluntary than in those days.

Pro 22:16 He that oppresseth the poor to increase his riches, and he that giveth to the rich, shall surely come to want.

Here are some things to consider when giving. Is the gift going to where it is needed most, or is it just going? Are we giving from our heart, or are we giving under some mild form of duress? Are we giving year round, or do we limit our charitable nature to the season? Would the gift of a blanket to the homeless be more valuable during Christmas when charity abounds, or a month later on the coldest night, when the Christmas spirit has faded from the memory of society?

Christmas Giving or Year Round Giving?

1. Christmas tipping is a throwback to the ritual of wassailing and the Saturnalia.
2. If the idea of Christmas charity were truly after the manner of Christ, it would continue every day of the year rather than be confined to a season.
3. We should continue to give, but we may want to reconsider why we give, who we are giving to, and when we give.

Next we will visit another popular Christian tradition connected to wassailing, the Christmas carol. 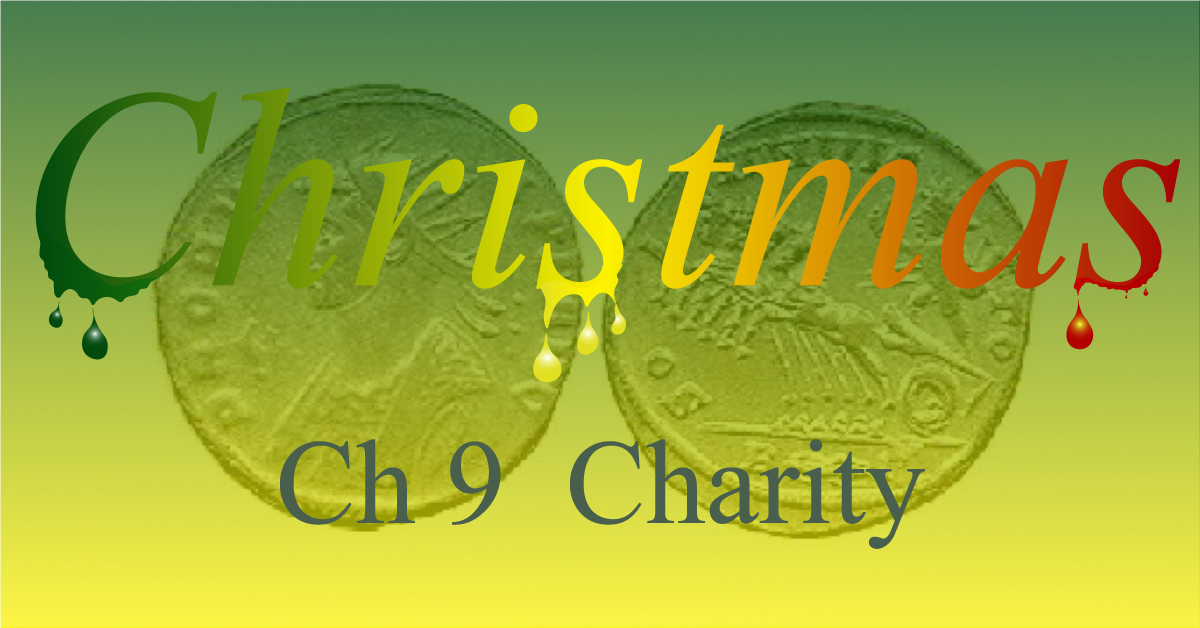