Gen 17:11 And ye shall circumcise the flesh of your foreskin; and it shall be a token of the covenant betwixt me and you.

Every year, as Christmas rolls around, one will commonly see people wearing red pointed hats. They sometimes have little white balls on top, and they usually have a band of white around the bottom, but they are always red and always pointed. They are often called a Santa Hat in today's world, but this hat has been called by many other names throughout history. Remember, in pagan culture, the names and associated meanings often change, but the ritual or tradition remains very much the same. This is the case with the Santa Hat. It has been known throughout history as the Pileus, Phrygian Cap, Cap of Liberty, Freedman's Cap, Cap of Mithra, and has only recently taken on the name Santa Hat.

"Pileus A felt hat or cap worn by the Romans on festival occasions, esp. during the Saturnalia. It was considered the symbol of liberty, and was given to a slave at the time of his manumission; hence, vocare serves ad pp., to offer freedom to slaves, i.e., to entice them to take up arms by the promise of freedom; and, capere p.=to become free" (Pileus 19-20).

The 1861 edition of the New Latin-English School-Lexicon tells us the Pileus was a felt hat worn by the Romans at the Saturnalia, and it was considered a symbol of liberty.

This quote from an 1889 issue of The Chautauquan takes the reader on a trip, traveling by paper, whereby the Pileus is an integral part of the Christmas/Saturnalian experience.

"For Christmas a feast might be given by the circle, as Roman in its appointments as desired. (See The Life of the Romans in the November issue of this magazine.) Roman costumes could be worn or not, as preferred, but all should wear the pileus, a felt hat or cap, made to fit close to the head (like a skull cap), and shaped like the half of an egg. It was an emblem of liberty, and was always worn by the Romans at the feast of the Saturnalia" (The Chautauquan Travelers' Club. Itinerary Number Three-Through Ancient Rome).

The following quote verifies this information and also tells us the hat was used in sacrifice.

"Phrygian Cap: Hargrave Jennings, in his Rosicrucians. Their Rites and Mysteries, says that the Phrygian Cap, the classic Mithraic Cap, sacrificial Cap, and mitre all derive from one common ancestor. The Mithraic or Phrygian Cap is the origin of the priestly mitre in all faiths. It was worn by the priest in sacrifice. . . . As a Phrygian Cap, or Symbolising Cap, it is always sanguine [Blood Red] in its colour. It then stands as the 'Cap of Liberty' a revolutionary form. . . . It marks the 'needle' of the obelisk, the crown or tip of phallus whether 'human' or representative. . . . The real meaning of the bonnet rouge, or cap of liberty, has been involved from time immemorial in deep obscurity, notwithstanding that it has always been regarded as most important hieroglyph or figure. It signifies supernatural simultaneous 'sacrifice' and 'triumph'" (Spence 323-24).

The Santa Hat is modeled after the version used in the worship of the sun or Mithra.

Mr. Spence goes on to convey the earliest root of the Phrygian Cap was representative of the waste product of circumcision. Some who practiced circumcision donned the foreskin after the ceremony. He correctly attributes the earliest circumcision rite to Abraham. Our Bible stands as witness to this fact and also to another certainty — the wearing of the byproduct was never part of the ritual.

There is a long historical record of the Pileus being used in celebration of the Saturnalia. This final quote is from a book titled The Mythology and Fables of the Ancients which was written in 1739.

"As these celebrated the Cbronia in honour of Saturn, so the Romans had their Saturnalia. . . . It was common for all to wear the Cap named Pileus, as a Badge of Liberty, and dress peculiar to this Festival" (Banier 306-07).

The Origin of the Santa Hat

1. The traditions associated with the Santa Hat are descended from both sun worship and the Saturnalia. This is a reflection of the fact Christmas is descended from both Mithraism and the worship of Saturn on his day: the Saturnalia.
2. The Santa Hat was known as the Pileus, Cap of Liberty, and Freedman's Cap at the Saturnalia. It was known as the Phrygian Cap and Cap of Mithra in sun worship.
3. This hat was certainly used in the worship of the sun.
4. This cap is still worn on one of the two most important dates in sun worship ritual: the winter solstice which coincides with Christmas.
5. This hat was worn by the priest in sacrifice, hence the blood red color.
6. The populace only wore this hat at the Saturnalia. This coincides with how the populace wears the hat today. It is worn at the same time of year at the same festival. Only the names have changed. The Saturnalia is now known as Christmas and the Pileus is now known as the Santa Hat.

The next logical step through this list of traditions and customs may be to address the mythological entity who most commonly wears this hat. 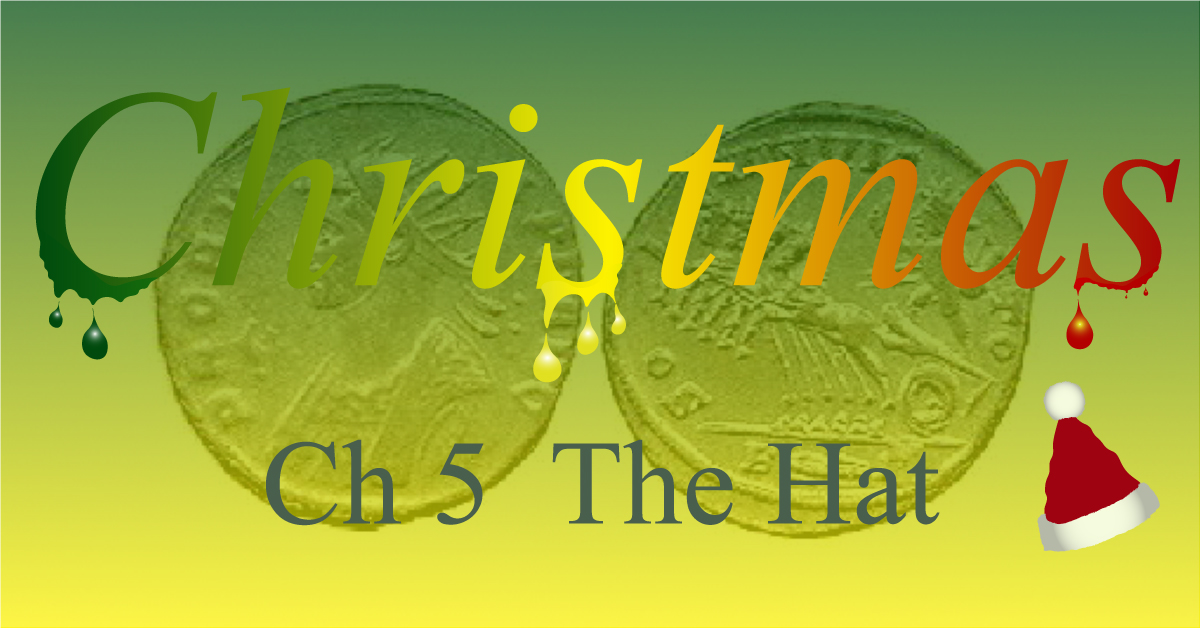