Jesus and the 25th of December | Godmadeus.com

2Co 6:15 And what concord hath Christ with Belial? or what part hath he that believeth with an infidel?

How Did the Birth of Christ Become Connected With December 25th?

The Bible does not instruct us to celebrate the birth of Christ or a festival called Christmas. The Bible also does not tell us exactly when Christ was born. Therefore, the answer to this question must be found in historical documents outside of the Bible. One of the oldest references to the birth of Christ being on the 25th of December is contained in the 8th part of the Chronography of 354. The 8th part contains the consular feasts from the fall of the kings to A.D. 354. In the 8th part next to the year AD 1 and translated into English, is this statement: "When these were consuls, Jesus Christ was born 8 days before the Kalends of January on the day of Venus...???" (The Chronography of 354 AD. Part 8). Depending on how one counts the days, eight days before January comes to either December 24th or 25th. The common interpretation is December 25th. This coincides with the day which is now commonly celebrated as Christ's birthday.

Part 12 shows commemorations of the Martyrs. At the top of the page are the words "Ian. Natus Christus in Betleem Iudeae" which means Jan. Birthday Christ in Bethlehem, Judea (The Chronography of 354 AD. Part 12).

This document shows the birthday of Christ was connected to December 25th early on, but it does not tell us how this connection came to be. The Chronography of 354 was produced for a wealthy Roman Christian. Therefore, we should investigate what the Roman Christians have to say about how the connection between Christ and December 25th came to be. To do this, we can turn to the Catholic Education Resource Center. Here is a quote from the answer to a question posted to their site regarding when Christ was born.

"Prior to the legalization of Christianity by the Emperor Constantine in the year 313, no universal date or even formal celebration of Christmas is found. For instance, Origen (d.255), St. Irenaeus (d. 202), and Tertullian (d. 220) do not include Christmas or its date on their lists of feasts and celebrations.
After legalization, the Church was better able to establish universal dates of feasts and to organize the public celebration. Moreover, we now see the Church addressing controversies concerning Jesus as true God and true man and how He entered this world. Such concern would focus more attention on the importance of celebrating Christmas, the birth of our Lord.
On the more practical side of this issue, Roman pagans used to gather at the hill where the Vatican is presently located to commemorate the 'Birth of the Unconquered Sun' This pagan feast was celebrated throughout the Empire either on Dec. 25 (according to the Julian Calendar) or on Jan. 6 (according to the Egyptian calendar). Although not proven with certainty, some historians credit Constantine, who declared Sunday as a day; of rest in the Empire, with replacing the pagan festival with that of Christmas. Interestingly, since the 200s, Jesus was honored with the title, 'Sun of Justice.'
Somehow all of these elements converged to the formal celebration of Christmas on Dec. 25. For instance, Christmas was celebrated in Rome by Pope Liberius (352-66) on Dec. 25" (Saunders "What is").

The article at the Catholic Education and Resource Center's website tells us there was no formal celebration or even a universal date for Christmas before the fourth century in Rome. This means for roughly three hundred years after Christ was crucified, Christians were not celebrating the birth of Christ or a holiday called Christmas on the 25th of December. The quote goes on to say a pagan festival called the Birth of the Unconquered Sun, which was celebrated on the 25th of December, was replaced by the celebration of Christmas on the same day. We can turn back to the Chronography of 354 to confirm there was indeed a pagan festival which celebrated the birth of the unconquered sun on December 25th.

Part 6 of the Chronography of 354 is the actual calendar. When we look next to the 25th of December, we find the words "N • INVICTI • CM • XXX" (The Chronography of 354 AD. Part 6). These words are highlighted in the above image of the calendar. Using the explanation of the codes at the bottom of the image, we see the letter N is short for natalis or birthday, and the letters CM mean circenses missus or games ordered. The three X's are simply Roman numerals. Each X represents ten. Therefore, the three X's indicate the number thirty. The image does not tell us what INVICTI means, so we must turn to a dictionary to get its meaning. According to a Latin dictionary, Invicti is the nominative masculine plural, genitive masculine singular, genitive neuter singular, and vocative masculine plural form of the word invictus. The definition of which is 1.unconquered, unsubdued 2.invincible, undisputed, undefeated ("Invictus").

When we put all of this together, the entry for December 25th is Birthday • Unconquered • Games Ordered • 30.

We can see everything on this calendar is abbreviated which allows all of the required information to fit on the calendar. The sun or (Sol in Latin) was so thoroughly connected with the word Invicti in Roman culture there was no need to include it on the calendar. It was understood. A modern day analogy in the U.S. would be if we say Cowboys or Jets. The city which these sports teams are associated with may be omitted. Even people who are not a fan of sports, will commonly know which city and state these professional sports teams call home.

Roman pagans used to gather at the hill where the Vatican is presently located to commemorate the 'Birth of the Unconquered Sun' This pagan feast was celebrated on Dec. 25 . . .

Roman worship of the sun is evident from the very earliest records of the city, well before Jesus was born. The Romans of the day were not shy about showing their devotion to Sol Invictus or the unconquerable sun. The phrase Sol Invictus is very prominent on this Roman coin from the year 315 A.D. This demonstrates the importance of Sol Invictus in 4th century Roman culture. Perform a quick internet search using the words "sol invictus Rome," and look at the images in the search results. There will be page after page of figures similar to the one on the reverse side of the coin pictured here. The points or rays extending from the figure's head are representative of the rays of the sun. The celebration of the birth of the unconquered sun (sol invictus) on December 25th, in the above calendar from the Chronography of 354, is nothing less than sun worship. Remember, part 8 from this same document also places the birth of Christ on December 25th. We continue to see a pagan connection between Christ and the 25th of December. This connection appears to have originated in Rome sometime before or during the fourth century. Now we also see the 25th of December was connected to sun worship before it was connected to Christ. The quote from the Catholic Education and Resource Center, shown above, also states "Jesus was honored with the title, 'Sun of Justice'." Is this really an honor for Christ to have the title of a pagan deity applied to Him? Of course not. The Bible is very clear — Christ has no part in paganism.

2Co 6:15 And what concord hath Christ with Belial? or what part hath he that believeth with an infidel?

Could it be the 4th century church in Rome combined sun worship with the worship of the Son of God?

Could the relics of sun worship still be present in Christian church buildings? 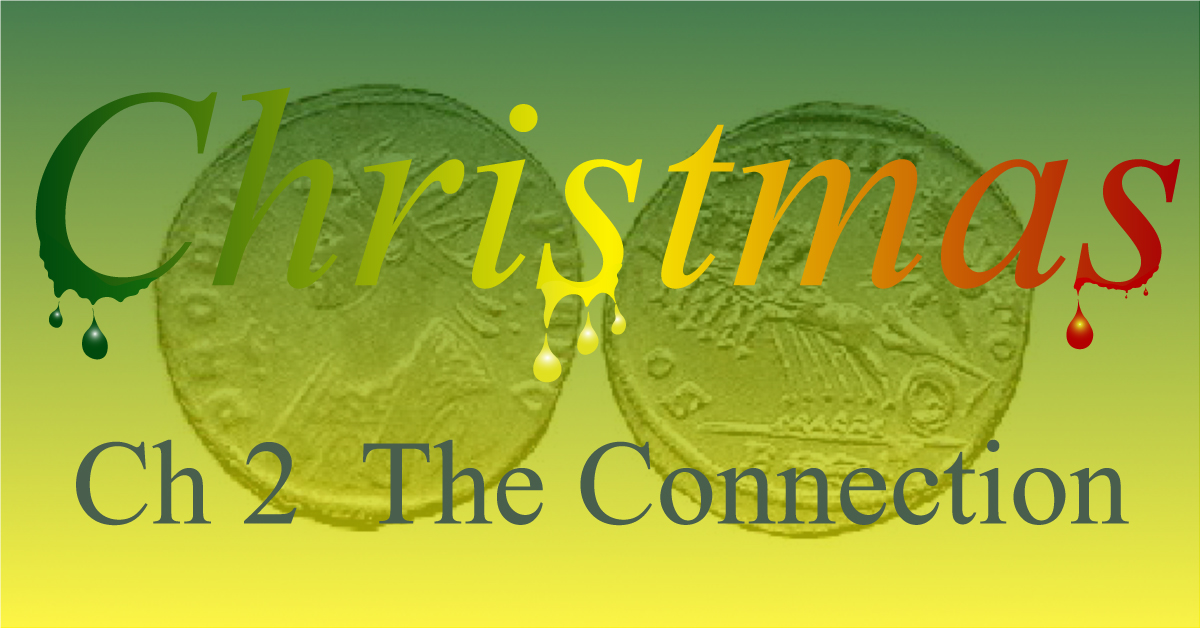